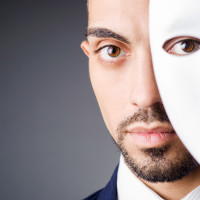 By Bruce on November 15, 2015 in Personal Development

Have you ever wanted to achieve something or change something in your life and then a month or six months or a year or five years later realized that nothing has changed? Maybe you wanted to

And yet, here you are, six, twelve, twenty-four, thirty-six, forty-eight months later and nothing has changed. So, what do you do? What goes on in your head?

One of life’s great lessons is that who you are and where you are in life are both driven by what you really want—not what you state you want, but what you really want. Jesus had a great metaphor to drive this truth home. He simply said, “You know a tree by its fruit.” Words, ideas, dreams, goals are all good things, but they don’t reveal what’s truly inside a person.

The way to discover what’s really going on inside someone is to look at the fruit of their life (i.e. what their behaviors are and what they produce). Which means that if you state that you want to be a certain kind of person or achieve a certain kind of goal/dream—and you’re not then you’re lying to yourself about what you really want. Why? Because a tree is known by its fruit.

If you really wanted to be different, you’d be engaging in different kinds of behaviors that would both demonstrate and drive the kind of result(s) you say you want—which is why I wrote this Johnson Letter on, “You Are Who You Are and Where You Are Because That’s What You Really Want.”

So, how can you turn this around?

I. Take Back Full Control Over Your Life

Now, while it is true, that this lesson, like all great lessons, does have it’s limitations (for example, you have no control over your genetic code, or the acts of others or contracting an air borne illness) but I trust you understand that and are reading this lesson as it’s intended, focusing on the things you have control over (like you).

And when it comes to you, few things are more important than taking personal responsibility for your life. As long as you keep finding excuses for why something hasn’t happened or why you’re still dealing with some issue, you’ll remain stuck. Nothing with change. Why? Because excusitis robs you of power.

Whenever you believe that the axis of power exists outside of you, you’ve taken responsibility out of your own hands and put it in the hands of another.

You can feel it, can’t you?  Whenever you place the blame outside of you, you remove yourself from any sense of personal responsibility for who you’ve become or what you’ve achieved (or not achieved)—which is what keeps you stuck.

So, if you want to get unstuck, start by owning this principle and giving up the blame game.  At a deep level, you have to own that you are where you are and who you are because you’ve chosen to believe certain things and those beliefs have driven certain behaviors that have landed you where you are right now.

If you don’t own personal responsibility, you’ll forever be stuck. Change begins the moment you stop making excuses and start taking back full control over your life.

II. Identify What You Really Want

If you’re currently experiencing something that you say you don’t want  (let’s say you’re out of shape but you keep telling yourself that you want to be in shape), and you understand this principle that, “you know a tree by its fruit,” then the next step is to uncover what you really want (because what you really want is what you’re currently getting).

Using the out of shape/in shape example, you might discover a few things that you really want like

So, as you look at the issue you’re dealing with, what do you really want?

III. Determine The Beliefs Behind Your Wants and Behaviors

The third step in this process is critical because beliefs drive behavior. If you see something in your life that you don’t like, you “own” a belief that is driving that behavior. So to simply say, “I want to be in shape” will continually fail until you identify what current beliefs you own that drive that behavior.

Do you see how those beliefs, drive the wants above, which then drive the behaviors of someone who’s out of shape—even though they keep saying that they want to be in shape? No amount of goal setting and reading books on exercise and/or healthy eating will overcome those beliefs and wants.

So, what are the beliefs behind your unwanted behaviors? Note: this is hard work. And you’re going to have to confront some things in your life that you probably don’t want to confront. However, if you really want to make change in your life, this is the work you must do.

Now that you know what your negative beliefs are, you can begin to systematically change them. Picking a different example, let’s say you’re afraid of having difficult conversations with people because you’re afraid that it’ll cost too much (more conflict, more pain, maybe even the loss of the relationship or your job, etc.).

You might say that you want to have a more authentic relationship with a friend/spouse/girlfriend/boyfriend/parent/co-worker/teammate/boss/business partner, etc. But if you’re not willing to have difficult conversations with them, you’re never going to get there.

The beliefs behind those wants might be, “Pain is bad” or “Conflict is bad” or “I’ll do whatever it takes to protect me” or “Humility is weakness” etc.

Once you’ve identified those beliefs, you simply have to replace them with better beliefs that will empower the kind of change you want. For example,

You get the idea. If beliefs drive behaviors (and they do), then different beliefs will drive different behaviors. To wish that something were different in your life but not to do the work necessary to change the belief structures behind it, is foolishness. All of us act consistently with our true beliefs.

So, if you want to become the best version of you possible and achieve more in your life, then I’d encourage you to own this Johnson Letter lesson, “You Are Who You Are And Where You Are Because That’s What You Really Want.”

Decide today to give up all excuse-making and instead

I hope you know that you have incredible potential within you. However, you’ll never get close to that potential if you give up your power to others or outside forces. Take your power back. Own your personal responsibility and then change your beliefs so that they support the person you want to be and drive the kinds of behaviors that will allow you to achieve all that you want to achieve.