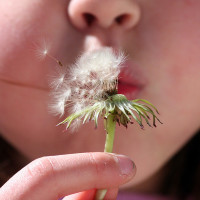 Don’t Wish Something Hard Was Easier, Wish You Were Better

By Bruce on November 2, 2014 in Personal Development

Building a great marriage is hard. Starting a new business is hard. Landing a big deal is hard. Raising up positive, faith-walking morally responsible children is hard. Getting out from a bad credit rating is hard. Winning a championship is hard. Getting a 4.0 GPA is hard. Finding the right job is hard.

Note: I’m not trying to be pessimistic at all. I’m an optimist. But true optimism is always rooted in reality. And the reality is that all of the above are hard. If everything in life were easy, everyone would be succeeding. But everyone is not succeeding because most things in life, especially those worth doing, are difficult.

As Mark Twain said years ago,

“Opportunity is missed by many people because it is dressed in overalls and looks like work.”

So, what’s the solution?

I. Don’t Focus On The Problem

Whenever you’re tempted to think, “I wish _________ was easier” where are you focusing your attention? Exactly, on the problem. And the problem with doing that is that one of the Johnson Rules is “You always move in the direction of your currently dominate thought.”

For example, let’s say you’re in class and you’re sitting there thinking, “I wish differential equations were easier.” What are you telling yourself? You’re telling yourself that what you’re dealing with is hard and difficult. That it’s bigger than you. That it’s challenging. That it’s uncomfortable. Etc.

And since you always move in the direction of your currently dominate thought, the more you focus on a problem the more you make that problem bigger and your capacity to handle it smaller. In essence, by wishing that the thing in front of you was easier, you’re disempowering yourself and removing personal responsibility from your life.

This is always true. Any time you focus your attention on a problem and wish that it was easier, you’re making that problem bigger and your capacity to overcome it smaller.

So, what problem have you been focusing on recently that you’ve been wishing was easier?

II. Focus On Your Ability To Be Better

Using the same principle as above (that we always move in the direction of our currently dominate thought), if you were to change your focus from the problem to you and your capacity to grow and change, what would the outcome be? Exactly, you’d be filled with hope (that’s true optimism).

Who you were five years ago, and who you are today are two completely different people. And who you will be five years from now will be radically different than the person you are right now … if you continue to focus your attention on your ability to grow and master things that at one point in time seemed insurmountable.

In fact, you may want to take some time to make a list of all the things that you’ve succeeded at or overcome in your life starting with, “Survived birth canal.” Review it as often as you need to in order to remind yourself that you have a long history of overcoming challenges and difficult things.

You are your best bet for your life. So, bet on you. Don’t wish something hard was easier, wish you were better. And keep reminding yourself that your track record says, “I can overcome this.  I can do this. I can be better!”

III. Grow Your Ability to Be Better

Once you make the mental switch from wishing something was easier to wishing you were better, you then simply need to make sure you take the next step of actually growing you. The reason so many people tend to be so negative about positive thinking is because they think that positive thinking is simply about hoping—and that’s not true.

Positive thinking should always lead to positive action. Going back to the calculus illustration. Positive thinking doesn’t say, “Calculus is easy,” (that would be a lie). No, positive thinking says, “Based on my past record of overcoming difficult subjects, I can definitely master calculus,” and that thought should then lead to a series of actions that will allow you to master it.

In other words, once you possess the mindset for overcoming a challenge, you then have what you need to “get better,” (i.e.  you now have the belief that you can do so). If you take the belief part out, it’s incredibly difficult to gain mastery over anything. However, if you have it,  you then have the internal strength to take the next steps you need to take to master that problem.

For example, it’s incredibly difficult to resolve conflict with someone if you think it’s impossible. However, if you think it’s possible, then you’ll find a way. You’ll learn new conflict resolution skills. You’ll study negotiation. You’ll talk to other people to learn how they’ve handled similar situations. etc. And as you begin the process of resolving that conflict with whomever you’re in conflict with, you’ll also learn some new things about you. And, at the end of the day, regardless of what happens with that relationship, you’ll be a better person because you didn’t focus on the problem you focused on you becoming a better you.

If you do that on a consistent basis, you’ll become incredibly pleased with the person you are becoming and you’ll achieve all kinds of things that other people simply hope for.

So, don’t wish something hard was easier, wish you were better!

To your accelerated success,

If You Really Want to Achieve Something, Make Sure Every Step You Take Is in That Direction
Refuse to Waste Time and Energy Worrying About Things You Can’t Control