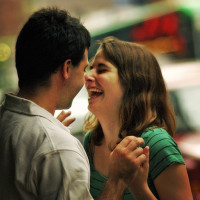 Slow Is Better Than Fast In Dating

When I was in college, I came across a book that radically changed my thoughts on dating. It was entitled, “Too Close, Too Soon.” Up to that point, I was a typical guy who thought that “close” and “soon” were two very positively related terms. Afterwards, not so much. And though it’s been a couple of decades since I read that book, I can still remember two of their primary arguments.

1. There is a correlation between the number of hours spent together and the level of physical intimacy between a man and a woman. In and of itself, this seems obvious. But the point the authors were making was that when two people meet and become infatuated with one another, the natural thing to do is to spend as much time together as possible. Again, that seems harmless, but the problem is that infatuation (as wonderful as it is) is not reality. You don’t really know if you “love” the other person during the infatuation stage (even though you feel like you do), which is why most people move farther physically in their relationship than they should.

This means that the wise thing to do when you’re emotions are hot and heavy is to do the opposite thing of what you want to do–i.e. to spend fewer hours together rather than more. And don’t worry if that will hurt your relationship. Jacquie and I (at the time of this writing) have been married for over three decades and we were students on two different college campuses (Wisconsin and Ohio State) when we met.

To this day, I firmly believe that being physically apart was foundational to the core of our relationship because we had to learn to communicate by writing letters (this was pre-internet) and calling every couple of days (because we were both broke and long distance calls used to be expensive). In other words, in the early days of our relationship, the physical part of our relationship couldn’t get in the way of the relational–and that’s one of key reasons why we’ve had such a great relationship for over three decades. It was (and is) a relationship built on relational intimacy first and foremost.

So what happens for a woman when a guy pushes their relationship to be more physical? Exactly, she’s forced to rush through the emotional developmental part of the relationship to get to the physical–which creates all kinds of other problems. However, for the guy, this is no big deal because for him it’s physical first. Since they’re both still in the lust/infatuation stage, she’ll think he must have committed emotionally to the relationship to get to the physical part. But she’ll be wrong. Love/emotional commitment is a distant thought for most guys at this point (though he may use the word “love” to convince her that she should engage in a more physical way). At the end of the day, guys are guys. And no matter what they say, they’re going to do whatever they can to push the relationship as far physically as they can.

This also explains why breakups are usually harder for most women than for most men. Why? Because the woman has usually invested both the emotional and the physical part to the relationship. Whereas the guy is still at the physical stage only.

So, as you engage in the dating part of your relationships (and the quest to find the right person to marry), my encouragement to you is to make sure you control the speed of your relationships. Keep the pace slow. Say, “No!” a lot. And keep the number of hours together low in the beginning (as hard as that may be) because, in general, it takes three to six months to get past the infatuation stage in any relationship. Once you get past that point, then you’ll have a clearer idea of whether this is a “love” relationship worth pursuing or not.

Note: If you’re a girl/woman reading this I want to remind you that you have more power in your relationships than you think. You really do have the power to control the speed at which the physical part progresses. So, as I said above, learn to say “No!” a lot. And if you’re afraid that you might lose a guy by saying “No!” then you should automatically know he’s not the guy you should be in a relationship with. The right guy will always respect you, treat you with dignity and wait until the time is right (i.e. your wedding day). And if he is the right guy, you’ll have decades of physical intimacy in front of you so there’s really no need to rush. Trust me, if you practice this principle, you (and your future spouse) will be thanking me for decades.

Do The Thing You Don’t Want to Do First