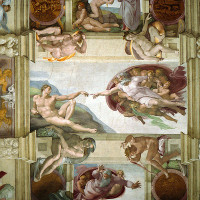 Build Your Reputation As “The Person Who Gets Stuff Done!”

If you want to get ahead at work, regardless of whether this is your first job at a fast food joint or your tenth at a Fortune 100 company, there are few more important reputations you can acquire than this one, “She/He is the one who gets stuff done!”

Despite what you may have heard, the primary reason anyone gets hired and then promoted is because the person doing the hiring/promoting wants to achieve a result–and they need someone to help them achieve that result.

Which means that if you’re a person with the reputation for getting things done, not only will others fight to get you on their team (i.e. you’ll have lots of job offers), you’ll continually be promoted up the ladder (or, if you take the entrepreneurial route, you’ll make more money, take more market share, and be asked to take part in lots of other entrepreneurial ventures).

No owner or executive I’ve ever known (apart from a family member or friend) has hired anyone or promoted them just because they wanted to give that person money to make their life easier or to help them pay their rent or buy them clothes or send them on vacation. No. Every good executive/owner/manager/boss hires or promotes someone because they want to get something done that they can’t do or can’t do alone or don’t have the time/capacity to do and want to create some leverage by hiring another person.

Once you own that (the idea that you’re not hired or promoted because you’re you but because someone wants to achieve a result through you) everything changes. From that point forward, you’ll know that your career/employment is NOT what your boss really cares about. What they really care about is getting a result—and they’re looking for someone to help them get that.

That’s why the best/smartest employees always choose to develop a reputation for being the person on the team who, “gets stuff done!” (or, if we’re using the language of business, is the one who’s great at execution).

I. A Conversation Worth Remembering

Several years ago, one of my cousins, Doug Davis, moved to the DC area after serving various stints in Europe and Asia, as well as North America, with EDS (which was later bought out by HP Services). He had just been promoted to take over the largest contract for EDS (the military contract) and was overseeing thousands and thousands of employees who were “under” his leadership.

We hadn’t seen one another in years, but in my typical voraciously curious mind, I had tons of questions for him. One of them went something like this, “So, Doug, what do you think it is about you that’s made you so effective as a leader?” He said, “I don’t know.” I said, “Come on, you’ve arrived at a place in your career that most people never do; there has to be something.”

I then continued my questioning, “Okay, so what is it about execution that you get that most people don’t.” He said, “That’s the part I don’t get, Bruce. To me, execution is pretty simple. It’s all about who, what, when, where, why and how.”

In other words, you already know the keys to execution (i.e. the keys to “getting stuff done”). You learned them in English class as the Five W’s and One H. So, you don’t need to learn anything new to be great at execution. You simply need to execute on what you already know. And if you will, you can attain a phenomenal career and reputation because most people will never do this.

II. Barriers You May Need To Overcome

Though Doug’s answer was simple, simple isn’t easy. If it were, everyone would be doing it. So, if you want to develop a reputation for “getting stuff done,” you should be aware that there will almost always be a whole legion of forces fighting against you becoming great at execution. For example:

While some of your peers will want you to succeed and be great at execution, most won’t—especially when it comes to getting things done quickly. Why? Because they don’t want to be shown up. They want to work slowly because they want to justify their time and effort, because they wrongly think that they get paid for their time. Or they don’t want you to advance ahead of them. Etc. So always be careful, those who appear to be your friends, often won’t be when it comes to getting things done. Jealousy is a very powerful negative force. So, be prepared to encounter lots of it.

Everyone has them. But they’re lethal when it comes to getting things done. As you’ve undoubtedly already noticed, your fears (of failure or rejection or even success) will often stop you from taking action. “What will happen if I don’t succeed?” Or, “What if they never want to work with me again?” Or, “If I get this done quickly, what will my boss think of my friends here?”  But fears are the wrong use of your imagination. Imagine the best, not the worst outcome and you’ll get unstuck and be able to move forward.

If, using Myers-Briggs terminology, you’re a “P” you prefer to be spontaneous as opposed to being ordered. While being spontaneous has it’s pluses, it also has its minuses (and this is one of them). However, personality preferences can be adjusted (e.g. I’m an introvert, but function like an extrovert when I’m with people–because that’s what’s required). So, if you’re a P, you’ll need to work outside of your personality type when you’re at work so you can function at a more organized and ordered level than you would on your own. Make lists. Create systems. Organize flow charts. Set up spreadsheets with milestones. Use best practices from project management, etc. not because that’s your natural preference but because that’s what’s required to get the job done (at work, at home or at church)–especially when multiple people are involved in executing something.

Another great driver of human behavior is emotion/feeling. And while being a feeler is a great relational trait, its frequently a great hindrance to getting stuff done. Why? Because not all work is fun or sexy or cool or interesting. Some work is boring, some work is “blocking and tackling” work (i.e. ordinary stuff that comes along with any job), and some work just has to get done by someone–even though you’re not really interested or excited by it. Which means that if you want to develop a reputation as the person who “gets things done!” you have to learn to fight through your feelings.

Regardless, if you learn to fight through the forces that oppose you so you can acquire a reputation as the person in your workplace who “gets stuff done” (i.e. the one who executes well), your career will take off! Why? Because that’s why you were hired.  You were hired to achieve results. And since the vast majority of workers don’t get this, you’ll quickly move up the ladder in any organization or business you work with/for (or be recruited by someone who does get this).

So, don’t make the mistake of focusing on being busy or the amount of time you spend at work. Focus on getting the results your boss wants achieved. Figure out, “What needs to get done?” and then get it done. Get it done fast. Get it done well. Get it done beyond expectations. And you’ll do incredibly well no matter where you work. Trust me on this. You will never regret being known as “The Person Who Gets Stuff Done!”

Always End Things Well Because How Things End Is How They’re Remembered
First You Make Your Choices, Then Your Choices Make You