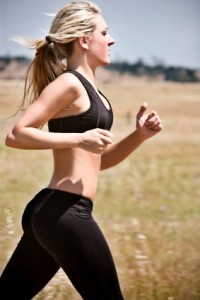 There Is No Success Without Sacrifice

By Bruce on August 2, 2014 in Personal Development

As I’ve mentioned before, most people like the idea of being better or being more successful or being fit or being happy or being in a great relationship—but they don’t really want those things—despite what they might say. Why do I say that? Because they’re not willing to do what’s necessary to obtain the very thing they say they want.

I’m sure you’ve observed this phenomenon among your peers. You probably have friends who’ve told you that they’d like to get good grades, yet they’re not willing to do the hard work necessary to get good grades. Instead they continue to play and party all day and night with their friends. Or you have friends who say they’d like to get healthy and in shape, yet they aren’t willing to change their eating habits or get up early to go to the gym. So do they really want to be healthy and fit? Not really.

The reality is that if you really want something—and it’s more than just a “like to have” or a “sounds like a good idea” kind of thing—then you’re going to have to avoid doing what most people choose to do—and instead make some sacrifices. Why? Because there is no success without sacrifice.

Our American ideal of, “You can have it all!” is a flat out lie. No one can have it all. In order to obtain anything worthwhile in life, you have to make sacrifices. You have to give up something NOW in order to obtain something that you perceive to be better LATER. It’s always been that way and it always will be. Remember, first you make your choices, then your choices make you.

1.If you’d like to be healthy and fit, then you have to be willing to say, “No!” to most of the food choices put in front of you. And you’re going to have to give up some other activities (which could include some sleep) in order to get some exercise in. No one gets healthy and fit by eating whatever they want and not exercising. Sacrifices have to be made. Why? Because there is no success without sacrifice.

2. If you want to get good grades, then you have to be willing to put in the time to study, which means you’ll have to say, “No!” to a lot of things other students might be doing or to watching TV or to some sleep or to doing your favorite hobby. Why? Because there is no success without sacrifice.

3. If you want to be a successful employee, then you have to be willing to do some of the things most employees won’t. You’ll have to sacrifice some of “your time” so you can do work before or after the hours you’re required to work. You’ll have to read more or take more courses. You’ll have to say, “No!” to getting together with friends from time to time in order to get a project done or to volunteer for an extra assignment or to make sure you get to bed on time so you can be fully engaged at work the next day. Why? Because there is no success without sacrifice

4. If you’d like to be in a great relationship with a someone of the opposite sex, then you have to be willing to make some sacrifices. One of the things we clearly learn from Jesus’ life is that love is all about sacrifice. Love is not about convenience (a mistake too many people make). Love is about putting someone else’s needs above your own. Note: don’t read anything more into that statement than is intended. Your needs still matter and you shouldn’t be in a relationship with someone who doesn’t get this principle. Love is a two-way street full of mutual love and mutual sacrifice. And hopefully, Jacquie and I have modeled that well for you.

So, if you want to succeed at anything in life–and I don’t care whether it’s playing the piano or starting a business or getting straight A’s or winning a tennis tournament or being a great parent–never forget the title of this post. Make it one of your mantras. Write it on a bunch of stickies and place them around your home and workplace. Why? Because there is no success without sacrifice! Period.

P.S. If this doesn’t sound very positive and encouraging to you, I’d simply encourage you to remember the famous Zig Ziglar line, “You don’t really pay the price, you get to enjoy the price.”