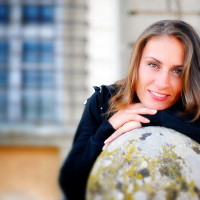 Life Is Lived Forward, Not Backward

One of the unfortunate realities of life is that sooner of later everyone fails you—including you. It’s not that most people are bad or evil or that they set out to fail you, it’s that we’re all infected with the same disease (i.e. a sin nature) that eventually affects every relationship.

Sometimes the problem will be organizational. You made a commitment to a company to work for them and they chose to lay you off.

Sometimes the problem will be related to choices other people made whom you don’t even know personally (e.g. a politician, a police officer, an X-ray tech, a thief, etc.)

And, of course, the person who will fail you the most is you. As you’ve discovered already, you make promises and commitments to yourself that you break all the time.

So, the question is, “How do you move past those moments and experiences?” How do you get yourself back in the game?

If you want to avoid being one of them, you’ll want to master and internalize this Johnson Letter principle, “Life is lived forward, not backward.”

I. Remember You Can’t Change the Past, Only the Present

Those who are stuck in the past, keep forgetting this truth. No one can change what’s happened. The past is the past by definition. The only thing you can change is what you’re doing this moment.

Being angry or frustrated that you can’t undo what’s been done is a waste of your time and energy. There’s no way to undo that moment.

However, if you remember that you can’t change the past, only the present (and that letting go is the only path to freedom), you have the power to move past that betrayal.

So, what are you holding on to from the past that’s affecting your present?

II. Remember That Everyone Is Infected By The Same Disease

Whenever someone does something wrong to you or me, our natural tendency is to ask ourselves, “How could they do that to me?” as if we’re surprised.

However, ever since Adam and Eve, we’ve all been infected with the disease of sin. It’s why you and I can nod our heads in agreement when the Apostle Paul says, and we have recorded in Romans 7, “For what I want to do I do not do. In fact, the things that I don’t want to do, those I keep on doing.”

Note: this doesn’t excuse anyone for doing something stupid or hurtful (nor does it say that they shouldn’t be held responsible for what they do—i.e. the drunk driver who ran into your car and injured you or someone you care about). This principle is about perspective and learning to let go.

When you remember that everyone, including you, has the same disease, it allows you to step back, gain some perspective, and then move forward (instead of being held back).

So, what is something you’re frustrated or angry about that someone did to you? Now, take a moment to remember that they’re afflicted by the same disease you are. Does that help you get some perspective and dial down some of your anger/frustration? I hope so.

III. Remember That If Someone Isn’t Traveling With You Today, They’re Not Part of Your Future

This is one of the harder lessons of life to learn because there’s a natural desire in most of us to want to keep relationships intact (and that’s a good thing). However, every now and then there comes a time when we have to separate ourselves from someone who’s influence is holding us back.

Frequently they’ll have already left you. For example, when a friend betrays your trust and no longer wants to be your friend. The damage has been done. They’re no longer in your life. Yet, the memory of what they did is still with you—and it’s still impacting you and your life.

That’s when you need to remember this principle, “If someone isn’t traveling with you today, they’re not part of your future.” Why would you ever let someone from your past control your present or your future? LET THEM GO! Don’t give them any power over your today or tomorrow or the day after that.

Let them go. That friendship may have lasted for years—three, five, ten, twenty or more years—but it’s over now. It’ll never be what it was. So, don’t give them power over your future. Life is lived forward, not backward. Focus your time and attention on those who are traveling with you today and tomorrow, not yesterday or last year or ten years ago.

So, who’s negative actions from your past, are you still allowing to impact you today (as well as your future)?

IV. Extend Grace to Yourself

Another way to put this is, “Be nice to yourself,” or “Cut yourself some slack.” I’ve watched so many people hold themselves back because they put way too much pressure on themselves—forgetting that they’re infected with a sin nature. Everyone of us messes up. Period. There’s no way of getting around that.

Now, there are some people who extend so much grace to themselves that they do nothing—but I doubt that’s you because you wouldn’t be reading this Johnson Letter if you were.

Instead, you’re far more likely to be the kind of person who puts way too much pressure on yourself to achieve something and then when you don’t achieve that thing to use that to “beat yourself up” emotionally. And when you aren’t successful time after time, it’s easy to turn that into a weight that drags you down.

However, when you’re tempted to be too hard on yourself, you might want to remember Solomon’s words in Proverbs 24:16, “Though a righteous man falls seven times, he rises again.” In other words, even good people mess up (i.e. give yourself some grace). But what good people do is they get back up and get in the game. Why? Because life is lived forward, not backward.

So, what have you done in the past that you use as an excuse to hold yourself back from something? Whatever that is, let it go. Extend yourself some grace. Why should you ever let something from the past hold your future captive?

V. Treat Each Day as a New Day

There’s something powerful about a new day. After a night of rest, it’s amazing how much easier it is to deal with life. And I’d encourage you to use that as a metaphor for moving past your past. Yesterday ended at midnight. Today is a new day. Jeremiah, in his great lament (Lamentations 3:23) says, “Your mercies are new every morning.” Even in the worst of times, every morning, God brings new hope.

In other words, when you lay down at night to go to sleep and put your head on your pillow, whatever you’re still carrying with you from that day (or from any day or week or month or year before), let it go as you’re drifting off to sleep.

Then, when you wake up in the morning, choose to start your day with a mind that’s a tabla rosa (a blank slate, meaning a blank slate of the negative things). The old junk has passed, everything from this point forward is filled with possibility.

One of the simple ways I do this for myself is I simply repeat the psalmist words each morning, “This is the day the Lord has made. I will rejoice and be glad in it.” That might sound simplistic to you, but trust me, it does wonders for reminding me that today is a new day and that I want to start it out on a positive note (rejoicing in this new day). Reminder, life is lived forward, not backward.

So, there you have it. Five ideas for how you choose to not let something negative from the past rob your future. The past is the past. Let it go. Life is lived forward, not backward.

To Accomplish Anything Significant, You Have to Get Out of Your Comfort Zone
Your Two Best Teachers Will Always Be Reflection and Evaluation—So Practice Both Daily