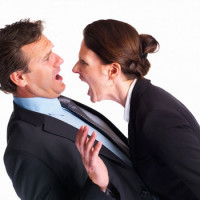 When Conflict Arises, Always Focus on Interests, Not Positions

By Bruce on January 24, 2015 in Conflict and Negotiation

Why? Because, as you’ve heard me say many times before, we’re all afflicted with a sin-nature, which means we’re all hardwired for self-interest (i.e we’re all driven to do what we believe is in our best interest from the time we’re born until the day we die).

So, if you can’t avoid having conflict with those with whom you have a relationship, what can you do to ensure that you have the best shot at creating a win-win for both of you? The answer to that question can be found in a great little book entitled, Getting to Yes, by Ury and Fisher—which is a lay version of the Harvard Negotiation Project which was used to create the Camp David Accord between Israel and Egypt during the Carter Administration.

I. Comprehend the Problem With Positional Arguing

To ensure that you’ll use this process over and over again, you have to come to the conclusion that positional arguing is not in your best interest. In fact, the basic premise of Ury and Fischer’s book (and the one that forever changed how I think about and deal with conflict) is that the reason most conflict doesn’t get resolved is because people continually fight about positions. For example,

A: I think we should raise the fuel tax. B: I’m against raising any taxes.

As long as two people fight about positions, there’s no possibility for a win-win. If A wants to go to NYC and B wants to visit their family—and, eventually, both A and B go to NYC for vacation, then, by definition, A has won and B has lost—which isn’t necessarily great for that relationship. One person won. One person lost. And neither will forget that.

So, how do you find your way around conflict when it appears that there are only two positions?

II. Unleash the Power of Focusing on Interests

That’s it! Seems so simple (and it is), but if you master asking that question all the time, you’ll be amazed at how quickly you’ll be able to solve conflict with both of you feeling good about it. For example, let’s say that you and your spouse are having some conflict over where to go for this year’s vacation.

Fortunately, there is a better way. If you simply focus on interests—by asking one another the key question, “So, what are you really interested in?” everything will change and you’ll see that all kinds of options open up.

“What I’m really interested in is going someplace secluded, where there aren’t a lot of people, where’s it’s not too hot, and where I can get out and walk around in nature. I just need some down time to rejuvenate. I’m really tired”

“What I’m really interested in is going someplace where I can sit in the sun, get a good tan, feel the sand in my toes, and have a couple of nice restaurants we can visit so we can have a few romantic dinners together.”

Hopefully, you just noticed what happened. By simply asking the “So, what are you interested in” question, you were no longer arguing about your two different positions. You started talking about interests. And once you did that, you were instinctively drawn toward wanting to find a common solution that makes both of you happy.

Moreover, what are “interests?” They’re simply the tangible expression of what your self-interests are (which means you’re now working with how people are, not how you’d like them to be).

I cannot overstate how powerful this concept is, nor how beneficial this one question can be to your life.

Whenever you run into a conflict with anyone that seems unsolvable, stop and ask yourself, “Are we arguing about positions?” The answer will be, “Yes.” At that point, all you need to do is stop trying to work around one anothers’ natural tendencies toward self-interest, and start working with them.

Ask the key question, “So, what are you really interested?” Listen to their answer. Clarify what their primary interests are. Then once you get each others’ core interests out on the table, you’ll be amazed at how much easier it is to find a win-win solution quickly—and, in no time, you, too, will become a fan of the “So, what are you interested in?” question.

Always Be a Good Tipper
Never Be Defensive. It’s Not to Your Benefit.