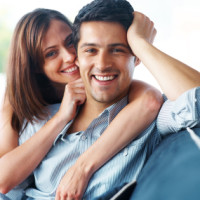 I say this not to be morbid or defeatist, but because its true. And once you own this truth, it’ll change the way you interact with everyone you have a conversation or relationship with. Why? Because once you own that everything that begins comes to an end, you’ll want to learn how to end well.

And when it comes to ending well, there is no better truth than “How things end is how they’re remembered.” It’s called the recency effect.

How things end is how they’re remembered. While it would be nice if every (positive) relationship lasted forever or if every conversation between two people in love was always loving or if every job we liked lasted forever or if every experience we enjoyed could last forever, the reality is that they don’t. Once you own that nothing lasts forever (meaning forever in this physical world), you won’t be surprised when the end happens—and it’ll change the way you end things—if you remember that how things end is how they’re remembered.

A Few Practical Implications of This Truth

Since it’s true that how things end is how they’re remembered, here are a couple of very practical ways to live this truth out

It’s impossible for two people (even two people who are madly in love with one another) to not have conflict. Different personalities, different wants, different schedules and agendas, different backgrounds, different perspectives, etc. all lay the groundwork for conflict on a regular basis. Unfortunately, most people leave conflict situations poorly. They leave angry or upset. They say things they shouldn’t say in the heat of the moment. They walk away. Etc.

So, don’t be that person. Do everything you can to end every conflict conversation on a positive note. For example, I almost always end one of these conversations with the question, “Are we okay?” If not, I’ll do my best to figure out how can we get to that place. Most of the time that’s possible, sometimes it’s not because it takes two people who want to work things out to work things out and some people just don’t want to work things out—they’d rather be angry. When that happens, remember the words of the Apostle Paul in Romans 12:18

“If it is possible, as far as it depends upon you, live at peace with all men.”

Your responsibility is to do what you can to be at peace with people realizing that there’s only so much you can do because it takes two parties who want to live at peace to be at peace.

If you’re married, this is invaluable (check Ephesians 4:26). Regardless of how the rest of your day goes, you and your spouse will always remember the day based on the way it ended. You could have had a marvelous day filled with love and laughter, but something that happened right at the end that wasn’t pleasant, will be the way that day is remembered.

So, if you have a busy day and are “inattentive” most of the day, don’t end that way. Focus you attention fully on your spouse. If you have a conflict, deal with it (don’t bury it or run away from it or stay steamed about it—deal with it). If you did something wrong, own it, confess it, ask for forgiveness and do something nice before you go to bed. You will never be sorry whenever you do the right thing.

When relationships end, the natural choice for most people is to badmouth the other person. If you’re in school right now, you know this happens all the time, right? Whether it’s two people who’ve been friends for years or two people who are dating, when the relationship ends, both people tend to badmouth the other person to anyone who will listen.

When someone leaves a church or a business (on negative terms), they’ll almost always badmouth their previous church or business.

When two people get divorced, they frequently badmouth the other person.

Why is that? Usually it’s for self-preservation and protection. By making the other person out to be the “bad person,” they believe they’re (in comparison) the “good person.”

Again, don’t be the person who badmouths others. You don’t become “good” by doing something “bad.” Remember Paul’s words, “If it is possible, as far as it depends upon you, live at peace with all men.”

Note: Not only will choosing to not badmouth others elevate you in other people’s eyes, it just might open up the possibility for a restored relationship with the person who left you later on.

4. When People Want To Leave, Let Them Leave and Wish Them Well

From the early days of my ministry I started with the belief that I thought it was ridiculous for any one church to assume it was the right church for every person for the entirety of their lives (i.e. I assumed that sooner or later, everyone would leave—and that would be okay). The idea that any one church can meet everyone’s needs for all of their life is pure hubris (a major ego issue) to me.

So, unlike most pastors who try to fight to keep people at their church (which usually causes both the pastor and the person to be angry/frustrated), I made a decision early on that I would always let people leave when they wanted to leave and that I would do everything I could to make sure I left the relationship as in tact as possible (remembering that I can only control one part of the relational equation).

In other words, when someone says to you, “I’m leaving,” or “I no longer want to be friends,” or “I’m quitting,” don’t try to force the relationship. Let them leave (note: I’m not talking about marriage here). When they’re on their way out, they’ve been thinking about leaving for awhile and have already emotionally moved on. Trying to argue them into staying is usually a recipe for only more conflict, not less. When someone is ready to leave, let them leave and wish them well. You have a future to move onto.

Finally, if you’re the one leaving, make sure you leave well. If you’re leaving a relationship or company or church or organization, make sure you do everything possible to leave on a good note. Don’t bad mouth the person or organization. Don’t be a jerk. Don’t drop the ball on assignments. Don’t drop off the face of the earth and not return phone calls and emails etc.

Life is full of both beginnings and endings. Enjoy the beginnings, have fun during the middle, and when the end comes, don’t be surprised by it, embrace it and make sure you end things well because not only do you not know what the future holds, tomorrow is an entirely new day. You have a future to move onto.

“If it is possible, as far as it depends upon you, live at peace with all men.”

Don’t Fear Critique. Invite and Welcome It Into Your Life
Build Your Reputation As “The Person Who Gets Stuff Done!”